Six months after the EnQii-Minicom Digital Signage nuptials, ComQi tells us they have emerged, no longer simply as a digital signage company, but as a multi-channel message management company sporting the tagline ‘Connected Experiences’. 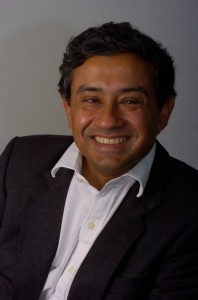 That EnQii-Minicom relationship, built on the mutual interest in digital signage, has evolved into what their management pictured when they took their vows: Digital signage has become part of a larger picture that links it to mobile, social and local channels that put the consumer at the centre of the platform and offer whatever modules or functionalities that are needed for total engagement.

In so doing we are told, ComQi has several new partners and no less than 15 new clients who are using one or several of its multi-channel solutions.

“Certainly, while this is very exciting for us, it’s also very important that we manage it well to be sure that we grow carefully and not recklessly,” says Ajay Chowdhury, ComQi CEO. “For one thing, we’re changing our revenue side from a digital signage focus to include mobile and other solutions. In fact, we’re hiring more mobile developers and, in the U.S. particularly, we’re recruiting sales people who will be selling the full multi-channel message management solutions and how they relate to and may include digital signage. And on the hardware side, along with our digital signage screens, we have a lot of new products to offer.

“While both the U.S. and European markets are equally important, I suspect that the U.S. will be somewhat more advanced in this because U.S. retailers are being more adventurous when it comes to engaging with their customers using mobile, Groupon, etc. They are facing severe competition from online where they can’t compete on price, so they need to create a more compelling in-store experience for their customers to persuade them to enter. This will be best achieved through a clever use of multi-channel messaging linking mobile/signage/social and local.”

Chowdhury, who has a web and mobile background, says that he has always felt that digital signage was harder to sell. (He will cite numerous reasons for this during his talk next week at the Strategy Institute’s Digital Signage Investor Conference. looking at problems in all sectors: hardware companies, networks, system integrators and software companies that lead to this.)

Recognizing that ComQi can’t develop everything on its own, the company has developed a number of partnerships, including the recently announced one with Path Intelligence. 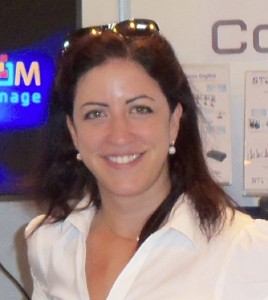 “This is extremely important so we can offer proof of performance and measure the impact on the consumer,” Nathalie Garson, ComQi’s director of marketing communications told us in an earlier interview.

“Path’s analytics on footfall are so detailed that we can even know what country a person is from based on their mobile phone signal,” says Chowdhury.

To offer this, in addition to Path Intelligence, some other partners include:

“It’s really important to meld interactivity into everything these days,” says Chowdhury. “Advertisers want that. And we need partners because we know we can’t do everything on our own.”

New clients have been climbing aboard ComQi’s roster with its total management offering. Among them are: Premier League, U.K.; Alberta Liquor Control Board, Sports Revolution, U.K.; ConnectedSign, U.S.; two companies in Russia; and others including a huge one – believed to be in Scandinavia – currently being kept under wraps.

ComQi is targeting three main verticals for its solutions: retail, food services and ad networks. It reaches them either through its direct sales force or by partnering with systems integrators, distributors and marketing agencies to sell its solutions.

“We’re talking a lot to agencies and to mobile phone companies these days,” says Chowdhury. “Our team will be strong. The social web is extremely important in today’s mix. For example, Managing Director Stuart Armstrong’s background in web merchandising is invaluable.”

While Chowdhury says that ComQi knows it has to control its growth carefully as a multichannel message manager, he says that the company is financially very strong. It is backed by venture capitalists JVP and Aviv in Israel, Amadeus Capital Partners Ltd. in the U.K. and Wellington Partners in Germany.

ComQi is based in New York with offices in Jerusalem, Toronto, London, Paris, Hong Kong and Shanghai. It also has representative offices in India and Mexico where its partners operate under the ComQi name.

This entry was posted on Tuesday, October 11th, 2011 at 10:00 @458 and is filed under DailyDOOH Update. You can follow any responses to this entry through the RSS 2.0 feed. You can leave a response, or trackback from your own site.

One Response to “ComQi’s Connected Experiences”