All I Want For Christmas Is A Smart Phone …

All I want for Christmas is a Smart Phone …err and one Billion Apps. Flurry, a company that carries out mobile app analytics, has released new research revealing that the last week of 2011 saw the highest number of device activations and app downloads in iOS and Android history; having broken the one billion app download barrier! 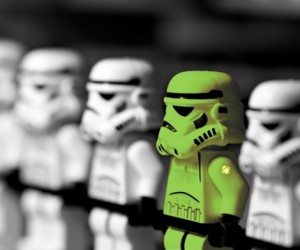 Flurry estimated that a record-breaking 6.8 million iOS and Android devices were activated on Christmas Day alone, along with an equally record-breaking 242 million application downloads.

Studying the data from December 25 – December 31, additional records were set, for the highest number of device activations and app downloads of any week in history.  Over the holiday ‘power week’, Flurry estimates that over 20 million iOS and Android devices were activated, and 1.2 billion applications were downloaded.

For this report, Flurry leverages its data-set from over 140,000 apps running on the significant majority of iOS and Android devices.  With its application penetration, Flurry can detect over 90% of all new devices activated each day.  Additionally, with its analytics service in more than 20% of all applications downloaded on a given day from the App Store and Android Market, Flurry can reliably estimate total iOS and Android downloads.  To benchmark against the market, Flurry regularly triangulates its device and download figures with data released publicly by Google and Apple.

This entry was posted on Tuesday, January 3rd, 2012 at 16:00 @708 and is filed under Scuttlebut. You can follow any responses to this entry through the RSS 2.0 feed. You can leave a response, or trackback from your own site.