An Interview With Raffi Vartian

Raffi Vartian has an aim: to have signagelive the first name that comes to mind when it comes to digital signage software and solutions. 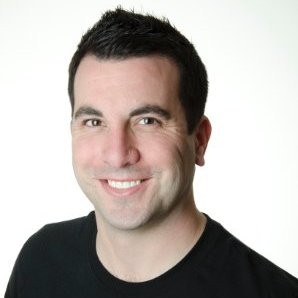 And to make this happen, under the broad and all embracing title of ‘strategic development Americas’ for signagelive, he sees himself as the ‘Swiss Army Knife’ of the company from his base in Chicago.

“I’ve been given a tremendous flexibility by Jason Cremins, our CEO, to develop the business in North and South America, starting with the U.S. and Canada, and then into South America,” says Vartian. “I believe that by the time we’re concentrating on South American countries, many companies will already be familiar with us from our free 30-day trial offering – as offered on the company’s web site. And since our platform is multilingual, we’ll be able to enter various markets slowly and methodically.”

The 17-year-old signagealive, a privately owned company, is already well-known and strong in Europe, operating from its base in Saffron Walden, UK, and offering cloud-powered media delivery solutions and providing a platform for all sizes of digital networks. It already does have a small amount of business in North America. Vartian will be responsible for establishing strategic partnerships, securing resellers and distributors, and directing marketing strategy.

Initially, this ‘Swiss Army Knife’ will be dealing with everything across the board: sales, marketing, business planning, technical support, and will be building staff as required.

“That’s what you do when you’re opening a market,” he says. “I’ll be very focused on building a strategic and profitable business for our resellers, our strategic partners and signagealive itself. The nice thing is that we’re unburdened of any large overhead or by an inflexible or outdated code. As a cloud-powered platform, we are a lean organization that allows our resellers to have a predictable infrastructure.

“One of the main reasons I was interested in joining signagelive is because I really feel its business model has a chance to lead the market.”

While many of our readers are familiar with Vartian from his working with CoolSign founder Lou Giacalone in the role of vice-president business development and then at Haivision after it purchased CoolSign, they may not know that Vartian cut his teeth working in the political arena of Washington D.C., where, up on Capitol Hill, he wrote speeches, drafted legislation, raised funds and handled a multitude of other tasks that have all helped prepare him for the multi-tasker he now needs to be.

“It was a pressure cooker that made me the professional I am today,” he says.

In between his days in Washington and those with CoolSign, he also wore the hat of an entrepreneur “in the mobile and Blue Tooth marketing world,” and got to know Giacalone as a customer in the latter’s days at Titan. (Giacalone recently joined TargetPath.)

“I’ll be traveling extensively in my new job – something that I ‘negotiated’ with my family before accepting my new role,” Vartian says. “My first trip will be to London soon for a strategy session and then on to ISE in Amsterdam,” (where he will help the team announce an upcoming global partnership).

Vartian says that, at signagelive, he likes the fact that he can streamline the business and that of the partners, so that all can benefit from what everyone is doing.

“I want to show how we can offer the highest value in the market with something that’s easy to understand,” he says. “I chose to join this company because of its business model and value and flexibility and because it offers innovation and things that others can use and benefit from. But we don’t want to be everything to everyone. We’re interested in strategic partnerships, but I expect to be saying “No” a lot. We want to only be involved with innovative and forward-thinking companies.”

Vartian says that marketing will be a huge area for him to deal with.

“That’s a major focus,” he says – “that and staffing as the company grows.”

This entry was posted on Thursday, January 5th, 2012 at 12:51 @577 and is filed under DailyDOOH Update. You can follow any responses to this entry through the RSS 2.0 feed. You can leave a response, or trackback from your own site.