Are Intel Set To Acquire SoftKinetic?

The thing that most interested us at Intel’s booth at #CES was their WiDi demo but they also had their usual retail demonstration that attracted a lot of consumer interest and (bizarrely) helped us understand a rumour that we had recently heard that Intel was all set to acquire Belgium based SoftKinetic. 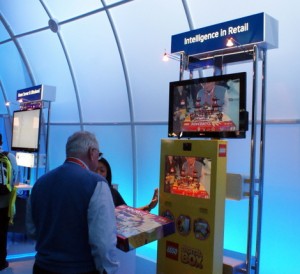 To utilize a camera – Intel’s Anonymous Video Analytics (AVA) technology or any other for that matter, as a generic input device – instead of it just being a camera, you of course need gesture technology!

Many folks attempting to do gesture these days utilise some form of (Microsoft) Kinect hack which works (and is much cheaper, and will surely one day kill the business of the likes of much more expensive GestureTek) BUT in some ways is a bit silly (especially if you have a camera already present) as it’s some overhead to have a separate box.

If Intel can build gesture into AVA then it becomes much more useful (some would say it becomes more than just an expensive, invasive camera but I digress).

An Intel acquisition of a gesture recognition software business, such as SoftKinect, makes sense because when the camera becomes an input device the possibility for digital screens to become interactive without them being touchscreens becomes very real.

This entry was posted on Thursday, January 12th, 2012 at 19:36 @858 and is filed under DailyDOOH Update. You can follow any responses to this entry through the RSS 2.0 feed. You can leave a response, or trackback from your own site.