@DSFederation Announces 2012 Board of Directors

The Digital Signage Federation (DSF), the independent not-for-profit trade organization serving the digital signage industry, has just announced the election of its new 2012 Board of Directors. 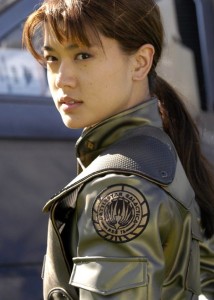 The three new at-large Directors who will serve two-year terms include: Angela Tang of AOpen, Ian Stone of Respario LP, and George Yunis of ARAMARK.

Mr. Brawn said, “My focus as DSF Chairman for 2012 will be to expand our membership, add to the number of DSF College Chapters, and to lead the drive to establish National Educational Standards for the digital signage industry. It will come as no surprise to those that know me that industry education and educating those coming into our industry, will be a focus during my tenure in office.”

He added, “Each member of our newly elected 2012 Board brings their own expertise to help fulfill the objectives of the DSF as we look toward an exciting year of growth for each of us at the DSF and for the industry as a whole. Your board looks forward to serving you in 2012.”

About the Digital Signage Federation

DSF’s Mission is to support and promote the common business interests of the world-wide digital signage, interactive technologies and the digital out-of-home network industries. The DSF is a not-for-profit independent voice of the digital signage industry reflecting the diversity of its membership. It promotes professional recognition through certifications, continuing education, conferences, publications, and presentations offered by the DSF and affiliate groups. It provides government lobbying to leverage the collective strength of members and represent their interests at the higher levels of government and the community. The DSF provides leadership and networking opportunities focused on building a strong foundation for the advancement of the digital signage industry.

This entry was posted on Wednesday, January 18th, 2012 at 16:58 @749 and is filed under DailyDOOH Update. You can follow any responses to this entry through the RSS 2.0 feed. You can leave a response, or trackback from your own site.

4 Responses to “@DSFederation Announces 2012 Board of Directors”