With the aim of gaining increased collaboration in different areas of expertise, ad-based DOOH Park Cast Network, New York, with screens in public and private parking facilities in U.S, cities, has announced the formation of an advisory board comprised of four experienced members from across the digital out-of-home space. 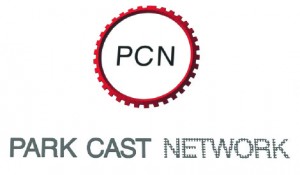 “Park Cast believes that the industry as a whole is not working closely enough together and benefitting from everyone’s experience and knowledge,” says Joe Matriss, Park Cast’s managing director.

For the role of Business Consultant, Park Cast has tapped Joseph Scott, Catenate Enterprises CEO. Scott has over 20 years experience as a business owner and CEO with expertise in a variety of industries, having built and sold several companies – the most recent being one where he conceived, developed and sold a digital network deployed in golf course pro shops.

Responsible for a large portion of recent developments in the 3D Projection and Out of Home space, Joshua Cohen, Pearl Media president, is the Media Consultant.

In the role of Content Management Consultant, Park Cast has brought in Jimmy Dun, who has been actively engaged in digital signage industry activities and associations in various capacities for a decade and has worked widely in the digital signage and media industry in his role as vice-president business development at Dynasign Corp..

This entry was posted on Wednesday, January 25th, 2012 at 10:00 @458 and is filed under Scuttlebut. You can follow any responses to this entry through the RSS 2.0 feed. You can leave a response, or trackback from your own site.