IGPDecaux – effectively the Italian branch of JCDecaux (formed in late 2001 by the union of IGP, itself a private joint venture with RCS MediaGroup and JCDecaux Comunicazione Esterna Italia) has just installed these 55 digital screens at Milan’s Linate International Airport.

Hantarex, who built and installed the network, describe the screens as ‘vertical 57” LCD Totem Multimedia screens’ and we understand that Citizen (the watchmaker) has initially bought the entire network – a 30 second video promotes their ECO-DRIVE models and has been shown since network launch.

The displays are approximately 2.25 meters tall and 1 meter wide and are only 17cm thick in the single side model and 25 cm for the duel side model. They have a vertical 57” LCD screen with 180° viewing, very high brightness and Full HD resolution of 1080 x 1920 pixels. 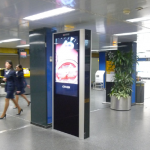 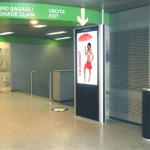 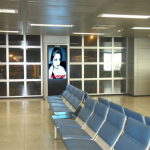 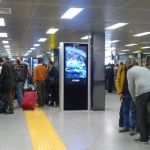 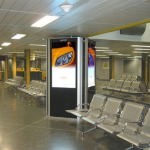 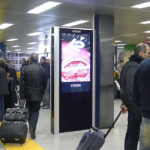 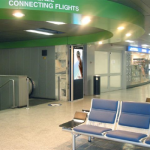 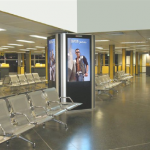 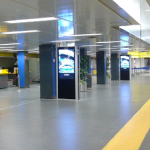 HANTAREX, founded in 1965, is an Italian leader in developing ultra-thin digital video technology solutions, and specializes in Digital Signage for malls, airports and railway stations. This Italian company’s core business is developing and producing monitors/displays and multimedia totems in small, medium and large formats, from 17” to 82” and more, made in various models that satisfy the multimedia needs, connectivity and interactivity required in the web and digital age.

This entry was posted on Thursday, December 11th, 2008 at 16:39 @735 and is filed under DailyDOOH Update. You can follow any responses to this entry through the RSS 2.0 feed. You can leave a response, or trackback from your own site.