In news that will no doubt send shockwaves through the industry (but shouldn’t if you understand why they have done it), BroadSign International filed Chapter 11 documents late on Sunday evening in the U.S. Bankruptcy Court in Wilmington, Delaware. 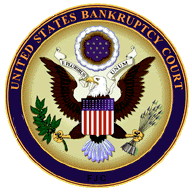 Remember when we wrote back in January 2012 “During Engels’ short tenure at BroadSign … he prepped them for an IPO, over-expanded, oversold and by all accounts made a bid for John Ryan … before it all came tumbling down …” well that and earlier issues with share ownership, poor incoming investment decisions (think ‘desperate for cash’) had left BroadSign with too many shareholders and investors.

Looking through the court documents it’s clear that BroadSign don’t owe any suppliers anything – this looks to us just like a simple way to get rid of the old share ownership structure and start afresh. The assets of the business will now be for sale by the court (receiver) and no doubt Burr Smith – the guy who has already come to the rescue of BroadSign once before (he invested USD 10 Million or so to solve the mess that the Engels / Petters era had caused) will be the frontrunner to buy and re-incorporate the business.

No BroadSign ‘officers’ were available for comment but we spoke to a couple of BroadSign’s big customers. None of them would comment publicly or confirm but it appears that they had all been individually briefed over the last few weeks that this court filing was about to happen.

I guess most importantly none of them expressed concern and seemed to think that business with BroadSign (who are after all a SaaS offering) would continue as normal.

Our limited knowledge of the United States’ Bankruptcy Code leads us to think that the process for ‘administration’ (we are probably mixing the terms we know and understand in the UK with the US but bear with us here) would take about 60 days.

BroadSign have been doing well recently – their business with JCDecaux seems to go from strength to strength, business with Neo Advertising (where Neo still exists) is also strong and in the three ad based verticals in which they play you could argue that they have one of the ‘prestige’ accounts in each. Not only that but there have recently been rumours of a couple of US and UK ad based networks about to switch from rival software to BroadSign.

There’s been little love lost between ourselves and BroadSign for many a year so maybe a new owner will change that. If BroadSign’s customers are happy, the employees secure in their jobs, the data centre still ‘humming’ and a new SINGLE owner on the horizon we would say that whilst this is weird at best (and we will be watching events closely) it’s not something the industry, existing customers or prospective customers should worry about.

This entry was posted on Monday, March 5th, 2012 at 05:59 @291 and is filed under DailyDOOH Update. You can follow any responses to this entry through the RSS 2.0 feed. You can leave a response, or trackback from your own site.