We continue to make good progress at documenting the software products and vendors in the Digital Signage, Gesture, Kiosk and Touch space. 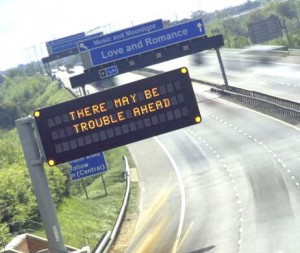 We have continued to add in some history and context to what would otherwise be a simple (but long and boring) directory.

Few would disagree that digital signage per se started off back in the late 1980s with screens in the casino industry, and there are some vendors like Scala, that can trace their heritage back as far as that.

Digital Vision AS was renamed Scala in 1992 but was first established in Norway in 1987 and we now have a 21 point Scala entry to reflect that long and distinguished heritage (we think that entry is well worth a read just on its own).

Whether you have been in the business for two months or 20 years, we’d like to hear from you (after carefully reading through the Software Holocron here first of course) if you think: –

Whilst predominantly made up of pure software companies the Software Holocron also lists a number of open source initiatives, some companies that might initially be thought of as ‘network owners’ or IT consultancies and a few hardware companies that either offer software for free or supply otherwise alongside their manufactured devices.

At the moment there is no intention to rank, rate or comment on said products or vendors BUT we will be doing an infographic based on sector a little bit later this year. Watch out as well for a rather unique way to publish all this!!!

This entry was posted on Thursday, January 22nd, 2015 at 13:37 @609 and is filed under Scuttlebut. You can follow any responses to this entry through the RSS 2.0 feed. You can leave a response, or trackback from your own site.