Lamar Advertising Company, based in Baton Rouge, Louisiana, has expanded its billboard inventory in Phoenix, Arizona, through acquiring American Outdoor Advertising‘s properties in that area. 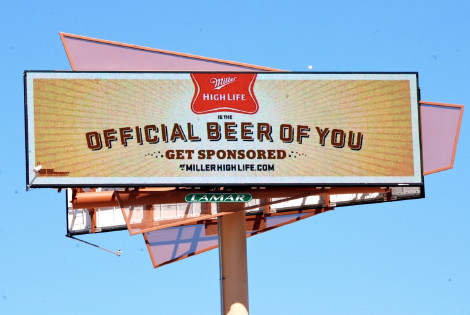 With 157 static and digital units, Lamar Advertising Company now has a major presence in the Valley’s billboard marketplace. The inventory includes 127 static billboard faces, mainly located on high-traffic streets in Central Phoenix and surrounding communities, as well as 30 digital displays, which are strategically located on every major freeway in the Phoenix market.

“It is great to be in Phoenix,” says Christina Butler, general manager of Lamar Advertising Company in Arizona. “This is a wonderful market for both local and national advertisers.“

The company can now offer its customers prime locations in the thriving city.

The digital display network differentiates Lamar from competitors in the Phoenix market. Lamar now offers exclusive digital coverage around Arizona State University, one of the largest universities in the country, as well as prime locations next to the University of Phoenix stadium, home to the Arizona Cardinals and the annual Tostitos Fiesta Bowl.

“Our units on I-10 and I-17, as well as the 101 and 202 freeways, offer the best market distribution, making our total digital billboard package number one in the market,” says Butler.

Our readers might remember that the Phoenix, Arizona, area was recently a subject of controversy when local astronomers didn’t want digital boards in their region.

Lamar Advertising Company plans to add additional digital displays in Phoenix before the end of the year.

This entry was posted on Tuesday, July 17th, 2012 at 18:11 @799 and is filed under DailyDOOH Update. You can follow any responses to this entry through the RSS 2.0 feed. You can leave a response, or trackback from your own site.