Intel CEO Paul Otellini to Retire in May

Intel Corporation has announced that Paul Otellini, the company’s president and CEO, has decided to retire as an officer and director at the company’s annual stockholders’ meeting in May, starting an orderly leadership transition over the next six months. 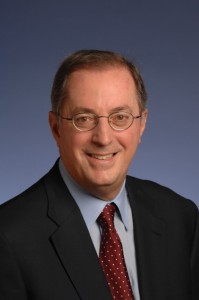 In addition, the company also announced that the board has approved the promotion of three senior leaders to the position of executive vice president: Renee James, head of Intel’s software business; Brian Krzanich, COO and head of worldwide manufacturing; and Stacy Smith, CFO and director of corporate strategy.

Otellini’s decision to retire will bring to a close a remarkable career of nearly 40 years of continuous service to the company and its stockholders.

“Paul Otellini has been a very strong leader, only the fifth CEO in the company’s great 45-year history, and one who has managed the company through challenging times and market transitions,” says Andy Bryant, chairman of the board. “The board is grateful for his innumerable contributions to the company and his distinguished tenure as CEO over the last eight years.”

“I’ve been privileged to lead one of the world’s greatest companies,” says Otellini. “After almost four decades with the company and eight years as CEO, it’s time to move on and transfer Intel’s helm to a new generation of leadership. I look forward to working with Andy, the board and the management team during the six-month transition period, and to being available as an advisor to management after retiring as CEO.”

The board of directors will conduct the process to choose Otellini’s successor and will consider both internal and external candidates for the job.

From the end of 2005 through the end of 2011, Intel achieved record revenue and net income. During this period, annual revenue grew from $38.8 billion to $54 billion, while annual earnings-per-share grew from $1.40 to $2.39.
In addition to financial performance, Intel, under Otellini’s leadership, achieved notable successes in areas of strategic importance.

During this period, the company:

Intel, known worldwide for its computing innovation, designs and builds the essential technologies that serve as the foundation for many of the world’s computing devices.

This entry was posted on Monday, November 19th, 2012 at 18:39 @819 and is filed under DailyDOOH Update. You can follow any responses to this entry through the RSS 2.0 feed. You can leave a response, or trackback from your own site.