Madalyn Roker, who, as client services director EMEA, has been instrumental in helping build Ayuda Media Systems on the European and Middle Eastern scene in the past two years, will be leaving the company December 14/12. 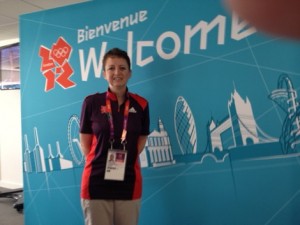 Roker tells us that when she joined Ayuda, her role was to establish its credentials and extend its client base in Europe, Middle East and Africa, building on its early successes in North America.

“We have been working closely with our clients, prospects, trade and marketing bodies and on developing new and exciting products and as a result, Ayuda is now the ‘go to’ company for Out-of-Home and Digital Out-of-Home systems globally, with unparalleled success and growth,” says Roker.

“I am also delighted that winning the pan-European contract with CBS Outdoor for Ayuda’s platform is enabling Ayuda to work with a market-leading OOH media provider in EMEA. This gives me the confidence to leave delivery of the contract in the excellent care of the Ayuda Client Services team both in Europe and Montreal and so this is a good time for me to seek new and different challenges.”

“Madalyn has been instrumental in building our EMEA (Europe, Middle East & Africa) business,” says Andreas Soupliotis, Ayuda president and CEO. “She joined us from Titan over two years ago when Ayuda EMEA was non-existent. During those two short years, she built the EMEA business from the ground-up and signed two game changer, multi-national contracts: CBS Outdoor International based out of London, and CEMUSA based out of Madrid.

“That said, I do understand and respect her desire to seek new challenges. Everyone at Ayuda wishes her the very best in her future endeavours.”

Joe Cotugno, Montreal, who has been a key figure in the development of Ayuda, will be taking Roker’s client services responsibilities with the title of global vice-president client services, traveling between London and Montreal. He will work with Christian Moody, client services manager EMEA, based in London. Moody worked at JCDecaux for 10 years as project manager before joining Ayuda three months ago.

Roker says, “Personally, looking to 2013 and beyond, I will explore opportunities either within this industry or in a new field, where I can use my organizational and operational skills.”

Our readers may also remember that Roker was an active volunteer during the 2012 Olympic Games last summer, as seen above.

Roker can be reached at madalynroker@hotmail.com

This entry was posted on Friday, November 30th, 2012 at 19:07 @838 and is filed under Scuttlebut. You can follow any responses to this entry through the RSS 2.0 feed. You can leave a response, or trackback from your own site.