A Quick Chat With Barry Frey

Not surprisingly, Barry Frey, the new president and CEO of the Digital Place-based Advertising Association, was, to use his own words, “awash with all this: questions, phone calls, meetings,” when we had a quick phone chat yesterday, so we weren’t surprised that he wasn’t ready for a really in-depth interview. 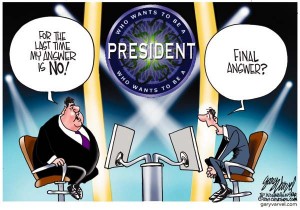 However, since we hadn’t met before, we wanted to get a few more specifics on his background, and see if he had any priorities at this stage of one-day-on-the-job.

He succeeds Susan Danaher, who resigned from the DPAA and accepted a position at Adspace Digital Mall Network (a DPAA member, naturally.)

Danaher had done a much better job during her time at DPAA than many had expected, increasing the membership, building awareness of digital place-based media – especially at the ad agency level – and partnering with the Outdoor Advertising Association of America, so we expect that Frey will have been asked to take the DPAA to an even higher level.

“I do want to plan a successful DPAA Summit for next fall to further build awareness of the digital place-based industry, and, or course, I’ve met with the members of the Board of Directors to discuss their priorities, but it’s really a little too early to discuss specifics,” said Frey.

Frey worked in media with McCann-Erickson ad agency very early in his career, but most of his career has involved broadcasting. He most recently was a senior advisor at Sonenshine Partners, a New York-based investment bank that provides integrated strategic and financial advisory services. Click here to see more of his background in yesterday’s formal announcement.

The fact that ‘video can be watched anywhere’ was one of his comments yesterday that we’ll be expanding on when we talk to Frey in a week’s time or so to discuss some specifics, but his parting words gave us a pretty good idea of some of his thinking: “Technology affects media and media affects advertising.”

Yes, and advertising means money, so with his background in media and investment, we expect that he’ll be looking for ways for DPAA members to better monetize their investments.

This entry was posted on Wednesday, May 22nd, 2013 at 07:00 @333 and is filed under DailyDOOH Update. You can follow any responses to this entry through the RSS 2.0 feed. You can leave a response, or trackback from your own site.