Insights and ideas from more than a dozen digital signage industry veterans are featured in a new Good Advice video series developed by The Preset Group and now available online. 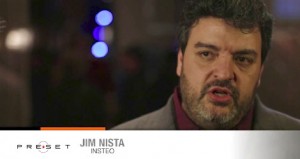 The video vignettes are tightly edited interviews with industry executives and experts who were all asked to provide valuable advice to people new to the digital signage industry.

The videos were all shot during the consulting group’s annual ‘mixer’ party in Las Vegas in March, 2013.

“The videos are a great way to provide quick, really valuable advice to anyone who’s coming into this space as an end-user or vendor,” says Dave Haynes, Preset Group partner who will also be speaking at DailyDOOH’s Investor Conference in New York in October..

Preset has worked with a video crew during the last two editions of the annual Digital Signage Expo, and set up a designated interview room at its annual cocktail party, which attracts some 400 industry people.

“We had prearranged some of the interviews, but I managed to corral some other people who made the mistake of coming over to chat with me,” says Haynes. “They were kind enough to go in and spend a few minutes, and we were really happy with the quality of advice, as well as the quality of the produced videos.”

Preset is a specialty digital signage consulting group that works primarily with Fortune 500 vendors and end-users on getting digital signage products and projects properly planned and launched. It has offices in the Portland, Oregon, and Toronto, Canada. It is steadily adding new videos to the archive.

This entry was posted on Tuesday, July 9th, 2013 at 10:00 @458 and is filed under DailyDOOH Update. You can follow any responses to this entry through the RSS 2.0 feed. You can leave a response, or trackback from your own site.