We can expect to see Orlando-based Monster Media running on any screen and other Digital Out-of-Home networks, TVs, Times Square and more following its purchase of LocaModa, Cambridge, Massachusetts, announced today. 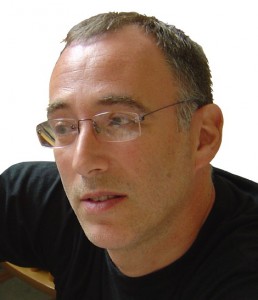 “I believe it will be a game changer for DOOH,” says Stephen Randall, LocaModa CEO, whom we caught up with as he was enroute to finish tying up a last few loose ends before the official announcement – terms of which were not disclosed.

“This will bring social media and DOOH closer together. Monster will leverage key LocaModa patents and platforms to enable its campaigns to run on any screen, anywhere.”

Monster Media is an interactive technology pioneer and designer of award-winning DOOH advertising solutions. Its ability to deliver quality activations and customer service has allowed it to expand its presence across the globe with network opportunities including: storefront dominations, airports, shopping malls, cinemas, sport and entertainment venues and bespoke events.

Since its inception in 2004, Monster Media has executed thousands of interactive ads globally and is currently working with clients such as: Kraft, Stoli, HTC, Unilever, Warner Brothers, Marriott, Nokia, IBM, EA and Esteé Lauder.

LocaModa Inc. is a provider of a major social media and mobile platform available in the DOOH industry. It has performed award-winning work with companies such as Levi’s, Gap, AT&T, Pepsi, Gatorade, One Direction, GM and Sharpie. Previous campaigns have powered landmark jumbotrons in Times Square and sports stadiums including Madison Square Garden, as well as interactive advertising across multiple U.S., Japanese and European Digital Out-Of-Home networks

The LocaModa platform enables brands and networks to leverage social media safely across their web, mobile or DOOH campaigns. The platform selectively filters social media from sources such as Facebook, Twitter and Instagram, and embeds it into multichannel campaigns to create more engaging and measurable interactions between brands, venues and audiences. The technology has been used extensively to display filtered Tweets and photos alongside branded content on digital signage in Times Square, airports, bars, retail stores and quick service restaurants, as well as in conferences and concerts.

Where Monster Media has traditionally supplied its own hardware, it can now use LocaModa’s platform-agnostic patented technology to power unique interactive campaigns to run on any network or any screen. Monster Media customers will be able to greatly expand their campaign reach and scale and still experience the same accurate measurement and reporting data they get from taking advantage of interactive advertising.

“The big story isn’t the acquisition – it’s how Monster’s scale and client-base, combined with LocaModa’s platform and patents, will enable large scale cross channel media for DOOH,” Randall says. “The agnostic and scalable nature of LocaModa enables this.”

“A significant and growing percentage of our clients require real-time, cross channel solutions,” says Beauchamp, “Over the next three years we believe that will grow to around 50% industry-wide as more companies seek solutions for any screen that engages their users via DOOH, mobile, online or television. We have been following the pioneering work of Randall and his team and this acquisition is a great fit for us to establish the go-to-solution for all things social/mobile in DOOH.”

In addition to expanded reach, Monster Media will leverage the LocaModa platform and applications to further enhance the social media integration of its current interactive advertising solutions.

“We knew we needed access to a scalable business who could turbo-charge us,” says Randall. “We’ve been looking at where and how the market might eventually consolidate around proven technology, execution and patents. We recognized that Monster Media is on the cusp of explosive growth and felt the timing was perfect to finally leverage our solutions and IP on a strategically larger scale. We expect to see more safe social media in the next 6-to-18 months.”

Towards that end, we understand that Randall is also working with leading networks to establish a standard for social and mobile media on DOOH screens.

This entry was posted on Tuesday, July 30th, 2013 at 05:00 @250 and is filed under DailyDOOH Update. You can follow any responses to this entry through the RSS 2.0 feed. You can leave a response, or trackback from your own site.