As usual we were the first to tell readers (some two weeks ago now) that 3M was to shut its Digital Signage Group and as far as we can tell there still hasn’t been any formal corporate announcement from 3M but news has started to trickle in from local Bainbridge† news outlets – i.e the community that is affected by the closure. 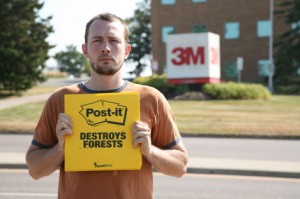 The Kitsap Sun, a newspaper for Kitsap, WA and its surrounding communities, reported last Friday, we quote “Bainbridge Island Downtown Association Executive Director Andie Mackin said the impact of the 3M Digital Signage closing will be felt throughout the (community)”.

First up however to cover the news locally was the Bainbridge Island Review which confirmed that 3M notified employees the week before last that it would be closing its Bainbridge Island branch by the end of the year, resulting in the loss of some 31 jobs.

3M of course purchased by the Minnesota-based company in 2008 from Mercury Online and for those of you who have had any dealings with 3M and ‘digital signage’ will know that it is unfortunately NOT a surprise that some five years later, the company will be closing its doors.

Jacqueline Berry of 3M’s corporate offices was quoted as saying in the Bainbridge Island Review that while employees will be working through the end of the year, their focus will now be on transitioning their customers to other providers.

This entry was posted on Tuesday, November 19th, 2013 at 08:12 @383 and is filed under DailyDOOH Update. You can follow any responses to this entry through the RSS 2.0 feed. You can leave a response, or trackback from your own site.