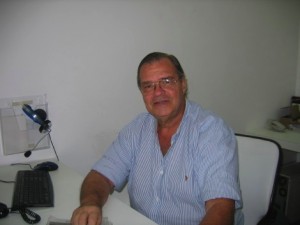 This month in the ‘CEO Spotlight’, we welcome Alberto Montezuma, Chief Executive Officer of Ya Mogu, Rio de Janeiro, Brazil.

This entry was posted on Friday, March 27th, 2009 at 00:04 @044 and is filed under CEO SPOTLIGHT. You can follow any responses to this entry through the RSS 2.0 feed. You can leave a response, or trackback from your own site.