Come On You Reds 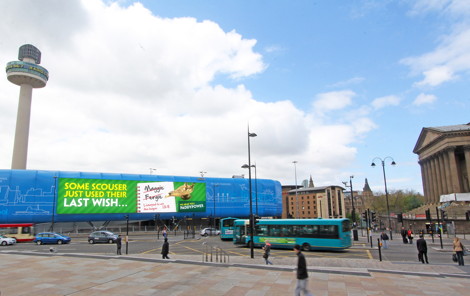 With Liverpool back on top of the Premier League, the odds on the team lifting the League title are shortening.

Next weekend is a potential decider when Manchester City visits Anfield. Win that, and the title will be Liverpool’s to lose.

This entry was posted on Monday, April 7th, 2014 at 14:06 @629 and is filed under DailyDOOH Update. You can follow any responses to this entry through the RSS 2.0 feed. You can leave a response, or trackback from your own site.