According to new figures released this week from the UK’s Outdoor Advertising Association (OAA) in the three months to the end of June, advertisers spent GBP 211.5 million on outdoor advertising, up from GBP 179.6 million in the same period in 2009 – better still an incredibly impressive 79.1% rise in digital outdoor revenue helped contribute to the growth. 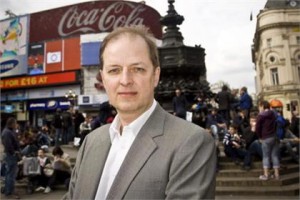 Digital outdoor revenue in the UK was GBP 27.2 million during the three months to 30 June. Mike Baker, the chief executive of the OAA told us “1 in 8 pounds spent on outdoor is now spent on digital”. Spend on digital screens has now reached 12.8% of the total outdoor spend.

Ad categories contributing to the growth included retail, cars, food, finance and computers and 75% of the top 100 advertisers increased their spend on outdoor, according to Nielsen figures.

Mike added “Confidence is coming back into the market and outdoor delivers high frequency and coverage while offering campaigns which are quite targeted. The growth has been in specials, digital and large format”.

This entry was posted on Friday, August 6th, 2010 at 09:43 @446 and is filed under DailyDOOH Update. You can follow any responses to this entry through the RSS 2.0 feed. You can leave a response, or trackback from your own site.