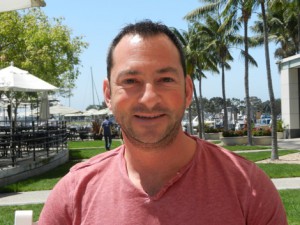 The 16-year old company which started off with traditional billboards and walls is now dealing in a mix of digital and traditional products far outside its original concentration.

I had a chance to meet Gary Greenstein, national sales director, in the sunny courtyard outside the Manchester Grand Hyatt Hotel and Convention Center during the OAAA/TAB Convention and Expo last week in San Diego.

The private company, one of the larger independent Out-of-Home companies in the US, is majority-owned by Bill Schwartz, CEO and managing partner. Greenstein and other management have shares in the company, where there is a staff of approximately 80 and six offices across the US. 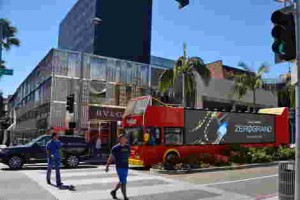 “We are the exclusive media representatives for the public transportation system in Las Vegas and the Nevada Valley,” Greenstein said. “We have 120 double-decker buses in that region and also represent double-deckers in 17 major markets across the US.. We also just moved into the Vancouver market in Canada, repping a couple of double-deckers there.

“We started adding digital signage on one side of a bus in New York a year ago, and now have three with digital, including one in Los Angeles. Increasing the number goes slowly because of the expense. It’s a huge investment, but we want to add many more. We’d like to have digital signage on double-deckers right across the country by the end of 2016.”

Greenstein says that, nationally, the double-deckers carry 20 million riders annually. Vector uses both beacons and Wi-Fi to measure who sees the digital ads – all anonymous, of course. It knows the type of people who see the ads, dwell time, social network tie-ins, and much more. Advertising can be according to day parts, and viewers can tweet social messages to them. 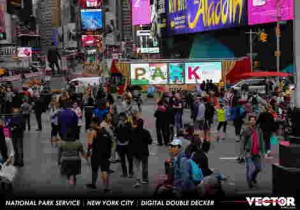 Vector is the exclusive media rep of all the double-deckers, and those not yet equipped with digital signage carry static ads.

“Some advertisers arrange to have the double-deckers with the digital screens to tie in with special events or experiential activitives, with assistance from VM2, our experiential division,” said Greenstein. “For instance, when Shake Shack had its IPO, we had a bus parked outside the NY Stock Exchange and live-streamed the bell going off on the screen. Then the CEO made an announcement from the top of the bus, following which he and the staff took the bus on a custom route to visit every Shake Shack location in the area, distributing samples of the company’s burgers and shakes along the way. 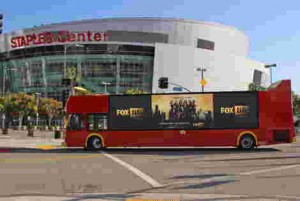 Vector also has buses with an internal digital sign ridership experience running on the Hampton Jitney bus line which takes high income riders back and forth between New York and the Hamptons (a three-hour trip). Of the 60 buses on the route, 45 are equipped by Vector with sponsored Wi-Fi and three or four screens with content that includes a safety video, in-ride entertainment, movies and ads.

Also in the transportation field, Vector has made agreements with about 6,000 privately branded food trucks across the US. to represent them for advertising. Some are now equipped externally with 60” TV screens for advertising and entertainment and can also be customized according to advertiser requests. For example, one recently used a holographic display with a laser to draw attention.

Vector also has several digital and static billboards in NY and Las Vegas. 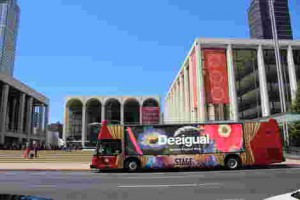 Taxi Tops are yet another business sector for Vector. Although none are digital – yet – Vector’s taxi top ads are seen in New York, Chicago, Boston, Miami, Fort Lauderdale, West Palm Beach and San Francisco.

And if that’s not enough, Vector has gone green with its launch of street furniture kiosks. These have no screens but these aren’t ordinary kiosks. The first ones in Miami are solar illuminated, while those in New York, Chicago and Boston are using recycled solar energy. Three sides of each recycle unit is wrapped for advertising.

Vector partnered with the Downtown Manhattan Alliance for 150 solar kiosks within a 15 block radius of Wall Street. Chicago and Boston have 400 each, scattered throughout the cities. These not only compact the recycled material put in, but their ‘smart technology’ tells when they are full and contact the city via Wi-Fi when it’s necessary to have them emptied.

This entry was posted on Tuesday, May 19th, 2015 at 15:00 @666 and is filed under DailyDOOH Update. You can follow any responses to this entry through the RSS 2.0 feed. You can leave a response, or trackback from your own site.