LinkNYC is probably the biggest thing in terms of technology that any city in North America, and probably worldwide, will undergo in the next few years.

#LinkNYC effectively will help turn New York City into one of the world’s first Smart Cities. It is a first-of-its-kind communications network that will bring the fastest available municipal Wi-Fi to all New Yorkers, small businesses, and visitors. The five-borough LinkNYC network, which is being funded through advertising revenues, will include 10,000 Link structures and is being built at no cost to taxpayers. It will generate more than $500 million in revenue for the City over the first 12 years. 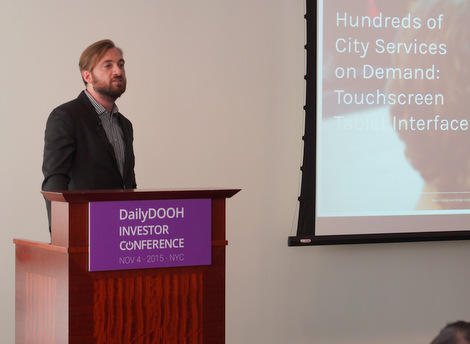 By replacing the aging network of public pay telephones with state-of-the-art Links, the City aims to transform the physical streetscape – and New Yorkers’ access to information – while also creating new local jobs for the development, servicing and maintenance of the structures. The first group of the attractive, sleekly designed 9 ½ ft. high structures will go up before year end and the consortium formed the design, build, connect and more must have the first 500 in place by July, 2016.

That CityBridge team, formed to bring the fastest free municipal Wi-Fi to New York City, includes: Intersection (the merged Titan and Control Group) which is handling advertising sales and operations as well as being responsible for delivery, from concept to production, of an exceptional technology and user experience, innovation and for ensuring it all works; Qualcomm, the technical partner; and Comark which is manufacturing the structures in the US. (CIVIQ Smartscapes is a division of Comark.) Also working on the project that will eventually see the 10,000 Links across the five boroughs are Antenna Design, an urban architecture and design firm, which designed the units, and Transit Wireless, which is primarily responsible for LinkNYC’s high-speed fiber infrastructure. 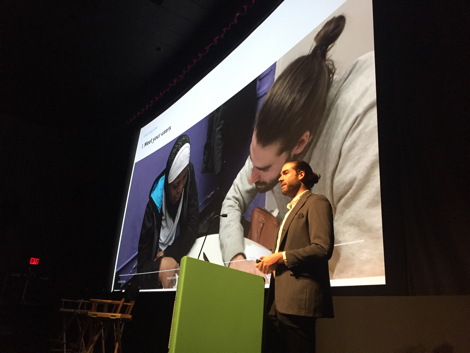 Links are iconic connection points that house state-of-the-art wireless technology, interactive systems and digital advertising displays. The robust silver with black trim and glass structures are built of durable aluminum to withstand inclement weather, and are envisioned as one or two per city block and in all five boroughs, where people work and live. They will be alike to give an attractive continuity to the city landscape, and will take up less footprint per unit than the old telephone booths, thus restoring sidewalk space.

Each Link structure, with integrated lighting, is equipped with an Android-like tablet. ADA-compliant, it will provide free 24/7 public Wi-Fi and free phone calls anywhere in the US. The touchscreen tablet interface will give access to city services, directions and more, including 911 and 311 services. There is Braille lettering. There is an audio headphone jack for each link along with a directional speaker and microphone. Also included are two USB slots for free charging of mobile devices. Beacons could be integrated into the Links, but it’s something currently being evaluated with the city, and as the speakers indicated during the conferences, development will be a continual process.

Two sides of each link will carry digital displays for intelligently programmed advertising and public service announcements, although Links in the residential area units may not all carry ads. Of the advertising, 5% will be dedicated to New York City projects and other information. 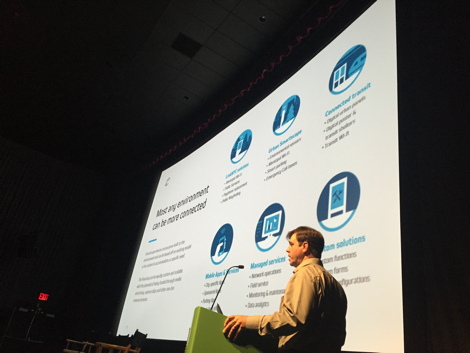 “Cities are changing and, with 66% of the world expected to live in cities by 2050, there is an opportunity, with such developments as LinkNYC, for both cities and their citizens to benefit,” said Etherington. “Connectivity is the new electricity.”

Etherington said that LinkNYC can be an incredible repository of data of everything from noise to vibration on the street. LinkNYC will not be a repository of personal data. It’s an encrypted network. It will all be under privacy protection and Intersection has worked with global law firm Dentons to ensure this. However, the WiFi connections will benefit residents and tourists alike.

“We may need to ask for information like an email address for authentication purposes when accessing Wi-Fi,” said Etherington. “But we will never sell any personally identifiable information to third parties. Any data generated by LinkNYC is will be anonymized and aggregated.”

“In New York, 44% of households speak a language other than English and 3 million are without high speed Internet, with many more having no Internet at all,” said Clare. “We’ve made it a priority to meet representatives of all users so we can be sure it would be beneficial and meet their needs. It had, eg, to be easy to log off, because not everybody has the same level of knowledge and skills. And we want everyone to feel that they have ownership. It’s a way to bring communities together. And it can help build local businesses who can advertise on Links in their communities.” 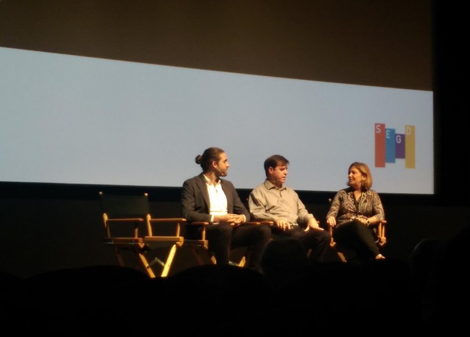 LinkNYC has been talked about for five years and has been two years in development.

“This is urban technology,” said Gleeson. “People have to be connected today. WiFi and the Cloud are just the beginning. Cities are looking for ways to be connected, sustainable, and what we are learning with LinkNYC is scalable and can be transported to other cities. There are 26 cities that we know of right now that are taking steps to become Smart Cities.

“We had to produce something that is secure, durable, fast, engaging. For example, LinkNYC will work for 48 hours even if the power is down. And there are cameras in the phone area so that the number of people using it cam be counted, but won’t be used for anything else. No data will be shared with advertisers. And only static ads will run in areas where motion could be distracting for traffic. We had to be rigorous.And each unit will be refreshed every five years.”

There were 70 entries in an initial creative contest to get involved with LinkNYC, following which a number of those who entered answered an RFP to win the contract.

This entry was posted on Wednesday, November 11th, 2015 at 13:49 @617 and is filed under DailyDOOH Update. You can follow any responses to this entry through the RSS 2.0 feed. You can leave a response, or trackback from your own site.