Another Disastrous Quarter for @RMGNetworks

RMG Networks Holding Corporation (NASDAQ:RMGN) this week announced its financial results for the third quarter ended September 30, 2017 and with a net loss of USD 1.9 million; an adjusted EBITDA loss of USD $0.9 million and an 8% year-over-year decrease in total revenues of USD 8.8 million it’s been yet another disastrous quarter for them. 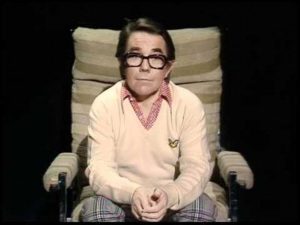 Whilst the release also tried to big up its new technology platform Korbyt (quoted as a ‘Third Quarter Highlight’), you have to ask: –

It’s very unlikely that any such new CMS will be groundbreaking – whoever built it and it’s never going to help turn around the disaster that is RMG.

Bob Michelson, Chief Executive Officer said “We were excited to announce during the third quarter, the launch of our next-generation visual enterprise communications platform, Korbyt, which represents the cornerstone of our long-term strategic growth plan. We believe the launch of the Korbyt platform is an inflection point for the Company, providing an opportunity to meaningfully expand our addressable market by giving us access to customers in the multi-billion dollar retail and hospitality markets that we previously weren’t able to address without a platform built on modern technology.”

RMG did say that they had won a USD 500,000 contact center upgrade project in the third quarter with one of the largest banks in the world – well, whoopee, that might just pay Bob’s salary for the year!

The rest of the release made dire reading …

Products revenue of $3.5 million decreased 15% from $4.2 million in the third quarter of 2016, resulting from certain orders and product deliveries being delayed into a future quarter.

Gross margin of 55.1% decreased from 63.6% in the third quarter of 2016, resulting primarily from lower cost of revenue in 2016, which included non-recurring credits to product and maintenance costs from a component manufacturer and resolution of a vendor billing matter.

Total operating expenses of $6.6 million decreased by 5% from $6.9 million in the same period last year, resulting primarily from continued efforts to manage expenses in line with revenues, while strategically investing in certain areas of the business.

At September 30, 2017, the company had $0.7 million in borrowings and $3.4 million in unused availability under its revolving line of credit and cash and cash equivalents of $1.6 million.

On November 6, 2017, the company entered into an amended and restated loan and security agreement with Silicon Valley Bank, which renews and extends the maturity date of its revolving line of credit to March 31, 2019 and makes certain other minor revisions to the Loan Agreement, including the addition of an interest rate floor of 4.50%. Advances under the revolving line of credit will be charged at a floating per annum rate equal to the greater of either 4.50% or, depending on whether certain conditions are satisfied, 1.75% above the prime rate or 2.75% above the prime rate.

This entry was posted on Tuesday, November 7th, 2017 at 16:07 @713 and is filed under DailyDOOH Update. You can follow any responses to this entry through the RSS 2.0 feed. You can leave a response, or trackback from your own site.