On the morning of July 5, 2009, the Shanghai Metro TV had its official opening after nearly six months of test operation. It has become China’s first television broadcast on the Metro system.

The Shanghai metro system has 5700 LCD screens in carriages and 1500 large PDP platform screens, which will be providing more than one million daily passengers with real-time broadcast of news and train information. In the future, along with the opening of new train lines, the new television network will begin to operate, forming a complete broadcasting system. 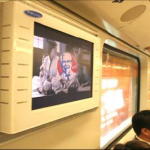 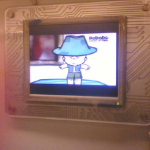 This entry was posted on Tuesday, July 14th, 2009 at 07:25 @351 and is filed under DailyDOOH Update. You can follow any responses to this entry through the RSS 2.0 feed. You can leave a response, or trackback from your own site.