Newly formed venture Vertigo Digital Displays has acquired the assets of defunct Vertigo Group as we said it would back in the middle of October. 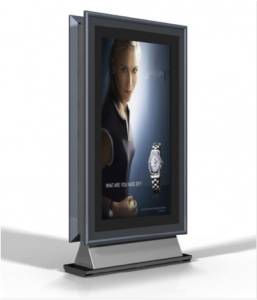 The mystery third party is Chilin Technology, some very nice folks we met for the first time back at InfoComm in Orlando. In total it is TargetPath LLC founding partners Brad Gleeson and Scott Hix, in partnership with Chilin Technology that have physically acquired the digital division assets of Vertigo Group based in Toronto, Canada.

Managing the new company operations will be Ralph Idems as COO and Chris Bolton as CTO (i.e. the original management team) along with much admired digital signage industry veteran Brad Gleeson, who will serve as the new company’s President and CEO.

Brad Gleeson, CEO, Vertigo Digital Displays told us “We are pleased and excited to be able to continue the development and delivery of the advanced display solutions first pioneered by Vertigo Group, under this newly-founded company,”

He added “We have known Ralph and Chris for several years and have tremendous respect for the products and business they have built. With much of the original team returning, and with the support and encouragement of the previous company’s customers and suppliers, as well as our strategic investors at Chilin Technology and TargetPath, we are extremely confident in the future prospects for Vertigo Digital Displays.”

Chilin Technology, founded in 1964 as part of the Chi-Mei Group, is a leading OEM/ODM design, engineering and manufacturing company specializing in backlighting technology, material sciences and LCD display systems. Based in Tainan, Taiwan, Chilin Technology delivers display innovation and value as one of the world’s most vertically integrated manufacturers of flat panel displays.

This entry was posted on Tuesday, October 27th, 2009 at 14:29 @645 and is filed under Scuttlebut. You can follow any responses to this entry through the RSS 2.0 feed. You can leave a response, or trackback from your own site.