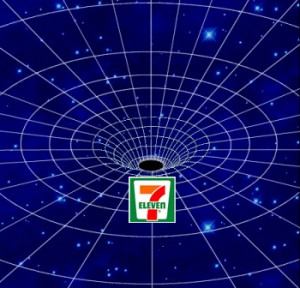 For the past few months, I’ve been waking up at 4am in the morning, mostly because I’m on +14 to +12 hr time zone difference with folks in the US. At this time of day, I’m not at my sharpest, unless I’ve got an espresso in hand.

You can imagine my surprise when received  a press release with the announcement of a Digital Out Of Home company called DDN (Digital Display Network) launching “one of the nation’s largest in-store TV networks – with 7-11 convenience stores”  I had to do a double take, – I thought, did I accidentally open up an archived email from 1999?

Actually no, the email is indeed dated Nov 2nd. 2009 -Holy (insert expletive here) I thought, its Déjà vu all over again!

For those of you ‘youngsters’ in the industry – let’s flashback to the late 90’s early 2000’s – back then, a high profile digital signage company called NGN E-Billboards (let’s call it the ‘prequel’ to today’s Reflect Systems team) was running the same exact business model, with the same exact challenges.

For the past decade, 7-11 has been the proverbial “Bermuda Triangle” or black-hole for various smaller digital signage network attempts, in most cases the network operator foots the bills for installation and hardware, betting that advertisers will flock to participate on the network.

Sadly (but not surprisingly) not one attempt has been successful.

But, who’s to say this new attempt will have the same outcome? Although history has repeated itself over and over, could DDN have some special, secret weapon to monetize where no one has monetized successfully before? Stranger things have happened, for instance- who would have thought that PRN would try to sue Walmart?

I hope that DDN takes heed of all the failed attempts and learns from them. – As Edmund Burke once said “Those who don’t know history are doomed to repeat it”

A personal note: I have had the opportunity to work with both David and Darren (Co-CEO’s of DDN), they are definitely good people with a strong passion for the business, not to mention they’ve got a whole bunch of capital backing them up.

This entry was posted on Wednesday, November 4th, 2009 at 07:01 @334 and is filed under DailyDOOH Update. You can follow any responses to this entry through the RSS 2.0 feed. You can leave a response, or trackback from your own site.