More On Bob Martin at RMG

Bob Martin, whom we mentioned Nov. 12/09 as having recently joined RMG Networks (Reach Media Group) as chief marketing officer, tells us that, contrary to an earlier rumour, he had remained as president and CEO at LevelVision LLC until recently. 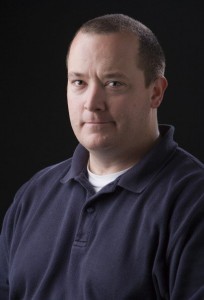 Further, over recent months, he had reinvented LevelVision’s floor-screen product and completed the merger and acquisition transaction on the college network.

Considered a creative thinker, Martin has led the invention and development of impactful marketing ideas, strategies and audience experiences – particularly within the out-of-home, place-based and captive-audience video, shopper marketing, cinema, and interactive TV advertising media landscapes. He joined RMG a month ago.

Prior to his position at LevelVision where he also managed and expanded the IP portfolio by 50%, Martin was founding partner of Bob Martin Media Consulting, and earlier was vice-president group communications director at Universal McCann. He started his career as a media planner and buyer in 1993 at Independent Media Services Inc. and then at KSL Media. From there he joined the McCann agency family in 1996 and held progressively more senior media positions at McCann Erickson and then Universal McCann.

Martin was a founding member of OVAB.

This entry was posted on Sunday, November 15th, 2009 at 03:33 @190 and is filed under Scuttlebut. You can follow any responses to this entry through the RSS 2.0 feed. You can leave a response, or trackback from your own site.