Capitalising On The Beijing Olympics 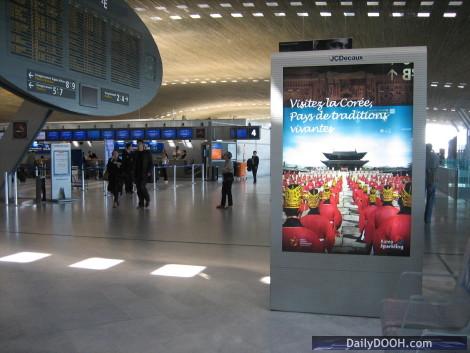 The first of many stories we will undoubtedly hear about over the coming months sees Kinetic’s Aviator business helping the Republic of Korea capitalise on the Beijing Olympics.

The airport advertising campaign is part of a larger global campaign managed by the creative and media agency Cheil Worldwide to show the cultural appeal of the country as a tourist destination.

Robin Hall, Commercial Director at Aviator (EMEA) said “With the increase in international travel in Europe*, advertising in three of Europe’s biggest airports is the best way to raise awareness of Korea as a destination and target those likely to be flying to the Olympics.”

The two month campaign is targeted at the highly affluent consumers travelling through the three major European airports and aims to raise awareness of Korea as an “excellent stopping place’ when journeying to the Beijing Olympics this summer.

BTW no mention of the Beijing Olympics can be /should be complete without the words FREE TIBET!

This entry was posted on Friday, May 30th, 2008 at 07:55 @372 and is filed under Scuttlebut. You can follow any responses to this entry through the RSS 2.0 feed. You can leave a response, or trackback from your own site.