Streamline Media LLC is currently installing digital screens in five hotels in Tijuana, the first in the young company’s plans to target business travellers across Mexico. 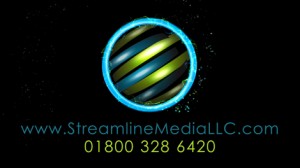 “While we are based in San Diego, California, we saw far greater opportunity in Mexico,” says Ezra Masri, partner with Avi Tal in launching the company. “We are very new to this business, even though Avi had been studying it for over a year.

“From the beginning we made the decision to focus our network on a defined niche. The reasoning behind this was that it would much easier to sell ads by having a very defined demographic. We chose Business Travelers because they tend to have higher incomes and have specific needs when on a trip. Our obvious locations for finding them were business class hotels: in lobbies, by elevators, lounging and high traffic areas in general.”

Tal, who studied marketing, entrepreneurship and international business at the University of Arizona, says that the reaction of Mexicans to their plans is excitement and acceptance. While Streamline Media’s initial backing is through Tal’s famiiy business, Tal Inc., an electronics distribution company in Mexico, “We have venture capitalists already focusing on us,” he says. “Our launch in Tijuana is our test, and we have to pass it.”

The first screens in Tijuana hotels are going into three independents and two that are part of chains: City Express and Baja Inn hotels. The usual layout has three 40” or 50” screens in the check-in are, by the elevators, and In the lobby seating area. They will carry a mix of news, sports and weather (through RSS feeds, stock market news from Rise Vision, advertising by the hotel to promote their amenities, loyalty programs and local attractions, and regular advertising. The plan is for 20-second ads in five-minute rotations.

“The company has outsourced to Amigo Digital for content,” says Tal.

“We developed a sales strategy for the early stages and also for when we have a more mature network,” says Masri, based in Mexico and with experience in real estate management. “While our network grows, we are focusing on selling ads on a very local level to restaurants (since on a business trip you have an expense account), bars, rent-a-car, local attractions, etc. Once our network develops and has greater coverage it becomes more attractive to airlines, credit card companies, and anyone interested in selling anything to mid- to upper-level management types.”

With CityExpress, for example, being a chain of 50 hotels, Streamline Media is hoping to eventually expand across the entire chain. The young firm hopes to see growth across Mexico and into Panama. It will hold an official ‘launch’ next week at the Palacio Azteca Hotel, Tijuana.

This entry was posted on Friday, January 15th, 2010 at 06:28 @311 and is filed under DailyDOOH Update. You can follow any responses to this entry through the RSS 2.0 feed. You can leave a response, or trackback from your own site.