I’ve always considered Hong Kong as an alternative reality, parallel world to NYC, aside from the fact that 95% of its inhabitants speak Chinese, the similarities are uncanny, both cities are approximately the same size and population density, both have world class mass transit systems, and the typical mindset of its citizens consider owning a car a nuisance or luxury. 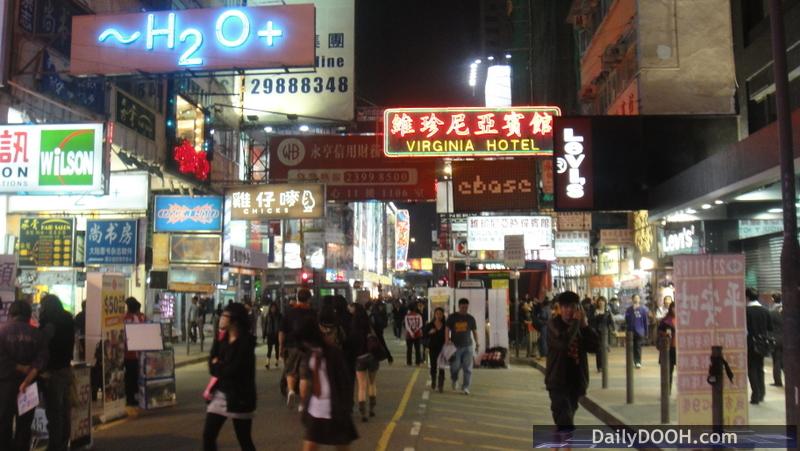 In NYC, 4.5 million people use mass transit per day, in HK, 7 million people (or about 90% of the population) use mass transit. Considering these facts, its easy to see why both of these cities have large transit based digital signage networks, not to mention they are a haven for major DOOH players like Clear Channel, JCDecaux and DMG.

On this trip to Hong Kong, aside from finding the best Dim Sum on the planet, I attended the CARTES Aisa Congress and Expo. This conference was the first CARTES Congress in the region (most of these shows are held in the EU) and the focus of the expo was emerging RFID, smart technologies, mobile commerce and POS, biometrics tech and smart objects. These are the basic building blocks for the next evolution of the internet a.k.a. “the internet of things”

The show was small, about 100 exhibitors – the sessions, very interesting. The things I learned at this show continued to validate my view the that the future of RFID, mobile e-commerce and digital merchandising are on a head-on collision course.

What’s it all mean? Consider what happens when you mashup a good loyalty program, digital signage and enabling tech like RFID, stored value cards, secure payments, interactive kiosks and smart objects. You come up with a totally new retail experience that doesn’t rely on banks, human beings or massive checkout aisles. The most amazing part is that these emerging technologies have the power to create a world where Walmart becomes its own bank and anyone with an iPhone can set up their own storefront anywhere they can get wireless coverage, thanks to Veriphone’s payware mobile solution for the iPhone or iPod Touch.

This entry was posted on Wednesday, March 31st, 2010 at 07:15 @343 and is filed under DailyDOOH Update. You can follow any responses to this entry through the RSS 2.0 feed. You can leave a response, or trackback from your own site.