EnQii today announced that Virginia K. Cargill has joined its global advisory board. Most people would know Virginia from SignStorey; a company probably worth maximum USD 15 million at the time sold to those fools at CBS Outernet for a gobsmacking USD 71.5million! 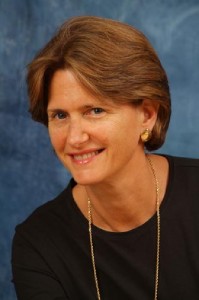 Enqii’s global advisory board was created to provide EnQii’s customers with world class strategic advice in advertising sales, digital merchandising and out of home strategy.

Ajay Chowdhury, EnQii’ s CEO told us ”We are excited and honoured that Virginia has agreed to join our advisory board. As the Digital Out of Home industry continues to grow rapidly, her experience in building one of the world’s premier Digital Out of Home brands, together with her web, in-store and brand marketing experience, will add immense value to our clients and help them secure greater returns from their investment in digital out of home media.“

Ms. Cargill added “As we emerge from these difficult economic times, brands are recognising that digital signage is a critical consumer touchpoint before they make their purchasing decision and EnQii has shown a deep understanding of the effective use of the medium to influence consumers in retail and other environments on a global basis.”

Virginia Cargill has more than 30 years of experience in the consumer packaged goods and in-store marketing industries, as a client, service provider and successful entrepreneur and she is now a Venture Partner with Alerion Partners in Rowayton, CT.

Prior to joining Alerion Partners, Virginia was President & CEO of CBS Outernet, formerly SignStorey, Inc, a digital media company focused on the grocery industry that was acquired by CBS in October, 2007. At the time of acquisition, SignStorey’s network included 12 different retail banners, over 2,000 screens, had 23 different content channels and reached over 72 million consumers every month. During her term as President of CBS Outernet, the company added the GameStop TV network to its offerings and completed its 4,000 store installation in April, 2010. Prior to that, Virginia was President of Lamaze Publishing Company and the Newborn Channel, which became iVillage Parenting Group after the company’s sale to iVillage Inc. in 2001. Virginia has also held significant leadership roles with in-store communications provider ActMedia (now News America Marketing, a division of News Corp.), where for over 12 years she helped develop and manage some of the most successful in-store promotional products ever launched.

This entry was posted on Wednesday, May 19th, 2010 at 07:54 @371 and is filed under DailyDOOH Update. You can follow any responses to this entry through the RSS 2.0 feed. You can leave a response, or trackback from your own site.