Montréal-based Astral Media Inc. , a media company with television, radio and outdoor properties including a growing digital business, has launched a new brand identity, exemplified by a new multi-coloured logo shaped like a curving small ‘a’.

The company will now operate publicly under the Astral name while the legal corporate name remains Astral Media Inc..

“In the late 1990s, the company adopted a square, blue ‘A’ as its symbol after divesting itself of several divisions such as photo finishing that weren’t part of its core strategy,” says Hughes Mousseau, manager of communications at Astral. “Since then, the company has doubled its number of employees, tripled its revenue and launched various new products and services such as winning the street furniture contract in Toronto and launching spectacular digital billboards now seen in Montreal, Toronto and Vancouver areas.” 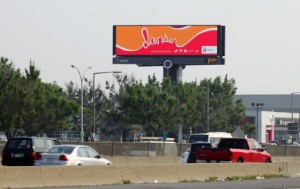 Astral partnered with Juniper Park, Toronto, more than a year ago to evaluate the company’s perception by its various stakeholders, employees and public before making the strategic decision to refresh its visual identity to better reflect its new corporate profile, evolving culture and expansion across Canada.

“Our new identity reflects the attributes of our unique culture, focused on providing innovative and tailored advertising solutions to clients, and on delivering rich and exciting content to consumers through a variety of platforms all across the country,” says Ian Greenberg, Astral’s president and CEO.

Astral’s new brand image represents the company’s diverse assets, a decentralized yet disciplined business model and the knowledge, passion and imagination of its employees. 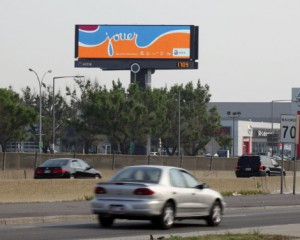 identity will be rolled out across the company’s family of properties, including specialty and pay television, radio, out-of-home advertising, and digital. Tied to the launch is a new television campaign using the colours of the logo and featuring words such as ‘play’, ‘laugh’ , “dance’, ”stir up’ and ‘dream’ to reflect Astral’s entertainment programming. It is being used across its various properties, including several of its spectacular 14’ x 48’ digital billboards. Each digital screen uses the various colours of the new logo.

Astral is one of Canada’s largest media companies. It operates over 100 of the country’s most popular pay and specialty television, radio, out-of-home advertising and digital media properties. Astral plays a central role in community life across the country by offering diverse, rich and vibrant programming that meets the tastes and needs of consumers and advertisers.

This entry was posted on Wednesday, June 2nd, 2010 at 08:55 @413 and is filed under DailyDOOH Update. You can follow any responses to this entry through the RSS 2.0 feed. You can leave a response, or trackback from your own site.