rVue Holdings, Inc. (OTCBB: RVUE) the parent company of rVue, Inc., today announced the appointment of Robert “Bob” Chimbel to its Board of Directors. 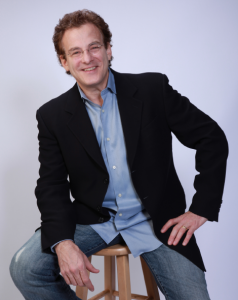 Since January 2006, he has served as CEO of The Component Group, a consortium of marketing communications companies that he created, consisting of three interrelated marketing companies, each with a specific area of expertise:

In February 2009, DDB Worldwide, a division of Omnicom, tapped Chimbel to head up a new division, DDB Entertainment Group, to develop branded entertainment and branded content properties.  He also oversees The Ant Farm, a Los Angeles entertainment company specializing in advertising and marketing for Film, Television and Digital Games, and Red Urban Digital, a diverse interactive agency with a specialization in developing and implementing social media initiatives.

Jason Kates, rVue, Holdings, Inc.’s Chief Executive Officer, told us “Bob Chimbel is a key addition to the rVue Board of Directors as he brings keen insights into the needs of powerhouse ad agencies and advertisers that come from an undeniable track record of success at the highest agency level. I look forward to working even closer with him as we continue to pursue the exciting market opportunities that lie ahead.”

News of the appointment of Bob Chimbel to rVue’s Board of Directors comes on the heels of this week’s earlier announcement that Omnicom’s TracyLocke, Traci Lords and rVue have formed a strategic dalliance.

This entry was posted on Thursday, July 29th, 2010 at 11:00 @500 and is filed under DailyDOOH Update. You can follow any responses to this entry through the RSS 2.0 feed. You can leave a response, or trackback from your own site.