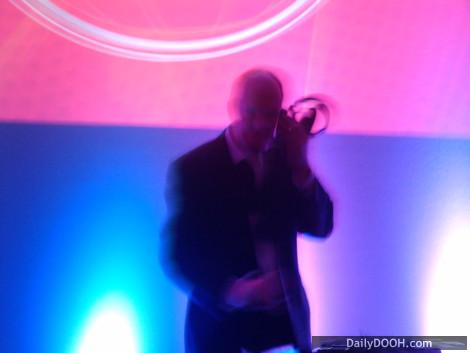 Whilst his musical influences include a German electronic music group founded in 1967 by Edgar Froese, the lead vocalist and main songwriter in the group Japan in the late 1970s and a French-Canadian singer-songwriter from Grand-Mère, Quebec (possibly best known in some circles for his work in a Depeche Mode tribute band) the DJ shown above (do you recognise who he is yet?) managed to keep people dancing until the early hours.

This entry was posted on Friday, October 22nd, 2010 at 10:52 @494 and is filed under Scuttlebut. You can follow any responses to this entry through the RSS 2.0 feed. You can leave a response, or trackback from your own site.