No surprise here that the vast majority of shoppers (73%) do not want to hear festive songs in stores before December, according to a study released last week by the world’s largest in-store media specialist, Mood Media Corporation (TSX:MM/ LSE AIM:MM). 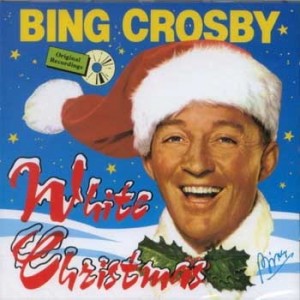 I'm dreaming of a white Christmas

The study’s findings, which come as many stores roll out their festive decorations and songs, also highlighted that Christmas tunes RARELY put shoppers in the mood to buy presents: over 3 in 5 of those surveyed online by YouGov said that hearing Christmas music in a shop did not make them think of buying gifts!

However, on the plus side almost three quarters of consumers aged 18 to 44 said that they like hearing in-store music while they shop, whilst almost two thirds said they would browse for longer if they enjoyed the atmosphere in a store.

Vanessa Walmsley (nee Warren), SVP of Corporate Marketing for Mood Media Corporation told us ‘The message is clear for retailers looking for ways to keep shoppers in-store for longer: instead of using festive tunes just because the Christmas shopping season is about to begin, they can tailor their in-store music to the tastes of their particular customer demographic”.

She added ‘If customers actually like the tracks played in stores, they will stay longer and the chances of making a sale increases. As official figures show recent slower sales growth on the High Street, retailers need to be more creative with how they put their customers in the mood to spend this Christmas.’

In the study, shoppers were also asked to rank the following important factors in creating a comfortable in-store atmosphere; music; visuals, such as screens or TVs; or in-store fragrances or ‘scents’.

Over two-fifths of 18-44 year-olds stated audio was the most important, but those aged over 44 opted for in-store ‘scents’ !

Lorne Abony, CEO of Mood Media Corporation told us “We are the only company in the world to offer these three integrated solutions in one service. Our clients are ahead of the curve as they know how to provide the right environment for their customers.’

Bing Crosby’s White Christmas was the most popular amongst those surveyed – 10% named it as their favourite Christmas tune.

This entry was posted on Monday, November 22nd, 2010 at 10:50 @493 and is filed under DailyDOOH Update. You can follow any responses to this entry through the RSS 2.0 feed. You can leave a response, or trackback from your own site.