Kinetic Worldwide today announced that Eric Newnham is stepping down as Chairman of the company.  Newnham became Chairman following the appointment of Steve Ridley to the position of Global CEO in March 2010. 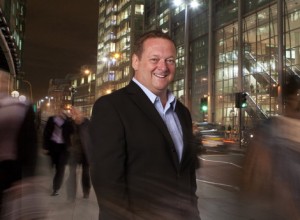 He's still got it, you know

Newnham became CEO of Kinetic Worldwide in 2005 following the merger of Poster Publicity International with WPP’s Portland International. As CEO, Newnham saw the rapid expansion of the Kinetic business worldwide in the major global markets to create the world’s leading Out of Home specialist as well as launching new products to fulfil the ambition to be the global leader in lifestyle and environments communication.

The company now has global billings of $4.4bn and employs 800 people operating in 39 offices in 21 markets worldwide.     Eric Newnham said “I am immensely proud of what the company has achieved from launch to its current position and it has been an honour to lead the business to the level it is now. After nearly 35 years in Out of Home, I would like to wish my colleagues the very best for the future.”

Rupert Day, GroupM’s Global Chief Operating Officer told us “Eric has been instrumental in the creation and development of Kinetic and we are indebted to him for his years of service to the company and building such a strong management team to lead the company in the future. We wish him all the best as he moves on to new projects and challenges.”

This entry was posted on Wednesday, January 19th, 2011 at 11:36 @525 and is filed under DailyDOOH Update. You can follow any responses to this entry through the RSS 2.0 feed. You can leave a response, or trackback from your own site.