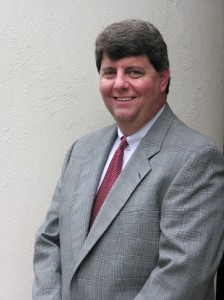 “This is a great opportunity to help capitalize on Clear Channel Outdoor’s investments as the industry leader in Eyes On measurement, cutting-edge innovations, and established footprint of traditional and digital networks in prime locations,” says Nolan. “I am looking forward to beginning the next chapter in my Clear Channel career and collaborating with the staff, clients and the Memphis community.”

In his recent position in Atlanta, Nolan managed an operation with more than 900 land leases, as well as multiple company-owned properties. He deployed a network of 24 digital displays, surpassing the company’s goals for its digital network in Atlanta. He earlier served as Clear Channel Outdoor’s Chattanooga Division president and general manager, where he was responsible for the day-to-day operation of the outdoor advertising plant and managed over 900 land leases and almost 1,600 advertising faces.

This entry was posted on Thursday, February 3rd, 2011 at 10:04 @461 and is filed under Scuttlebut. You can follow any responses to this entry through the RSS 2.0 feed. You can leave a response, or trackback from your own site.