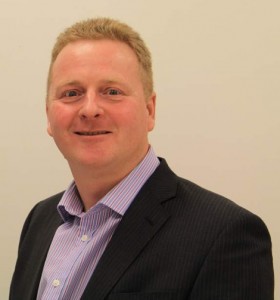 Keith takes responsibility for all poster specialists and agencies outside of London, including Birmingham, Manchester, Leeds, Edinburgh and Glasgow. He joins from Viacom Brand Solutions where he was VP, Director of Regional and International Investments.

Ocean Outdoor Sales Director Iain Chapman said: “We have developed some iconic assets outside of London with full motion digital in Birmingham and Liverpool. This reflects the fact that the UK’s big regional conurbations are becoming increasingly important additions to the Ocean portfolio”.

He continued “Keith brings a wealth of experience to this new role as we continue to expand our presence and reach across the UK.”

Keith started his media career in television sales roles at Granada and Central Television before joining the fledgling VBS1 in its first incarnation back in 1997.

This entry was posted on Tuesday, March 1st, 2011 at 17:12 @758 and is filed under Scuttlebut. You can follow any responses to this entry through the RSS 2.0 feed. You can leave a response, or trackback from your own site.