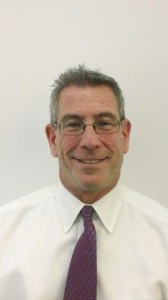 “We are entering a very important and exciting phase for the company, as we’ve recently received significant capital and are heading into a period of increased expansion,” says Art Williams, president and CEO, Access 360 Media. “The place-based media industry is a very exciting space with a ton of potential. We’re looking forward to being at the forefront with Randy on board.”

Before joining Six Flags, Gerstenblatt was senior vice-president customer marketing at ESPN, where he spearheaded the multiplatform sales and business development efforts for ESPN’s portfolio of media assets. Prior to ESPN, Gerstenblatt was director group stations sales for ABC National Television Sales.

“Access 360 Media is extremely well positioned in an interesting industry with huge opportunity to grow both organically and through the potential for acquisition,” says Gerstenblatt. “Its combined platform of malls and sports venues is extremely attractive to both advertisers and potential media partners, and I’m looking forward to doing great things there.”

Access 360 Media secured a $12 million Series C round of funding in January from Columbia Capital and Mission Ventures.

This entry was posted on Wednesday, March 16th, 2011 at 09:30 @438 and is filed under Scuttlebut. You can follow any responses to this entry through the RSS 2.0 feed. You can leave a response, or trackback from your own site.