The video walls, each one being 3×3 and 138” in diameter are located at the two main gates of the Domestic Flights Terminal, Gate A and Gate B and both are powered by C-nario. 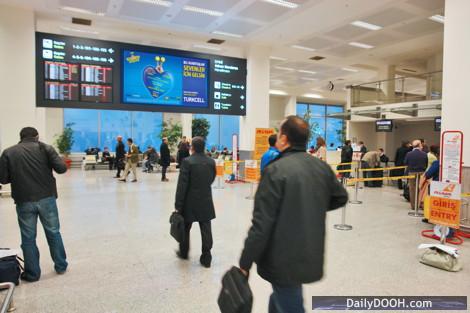 Digiboard’s digital signage network in Turkey now consists of two video walls at Istanbul Ataturk Airport, two at Izmir Adnan Menderes Airport, one at Bodrum Airport and one at Dalaman Airport to be deployed in April 2011 as well as 106 plasmas and six 3D enabled plasma screens. 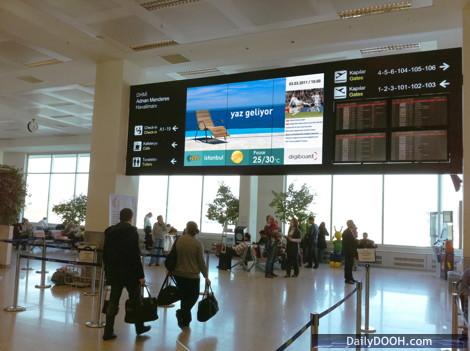 This entry was posted on Wednesday, March 30th, 2011 at 09:28 @436 and is filed under DailyDOOH Update. You can follow any responses to this entry through the RSS 2.0 feed. You can leave a response, or trackback from your own site.