#MPDOOH Another Event For Our Calendar

The MediaPost’s 4th annual Digital Out-of-Home Forum (held yesterday in New York in case you were in any doubt) has been in our Events calendar since the event first came onto our radar screens back in February and judging by the reaction of those we sent to cover the event (Gail and JP), those we spoke to who attended and even those we spoke to who watched parts of the live stream and followed the event on twitter it seems to be an event that will be a very firm part of our events calendar going forward. 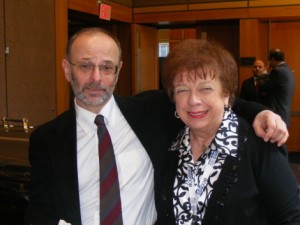 For those eager to know what was presented and discussed we will of course have MORE reports from the event up in the next 24 hours.

This entry was posted on Friday, April 15th, 2011 at 08:28 @394 and is filed under DailyDOOH Update. You can follow any responses to this entry through the RSS 2.0 feed. You can leave a response, or trackback from your own site.