PrIest On A 3D Panel

Sony Pictures has been promoting its movie Priest on 10 3D Panel Media screens in Los Angeles and another 10 3D screens in New York, as well as on 100 2D screens in N.Y.. 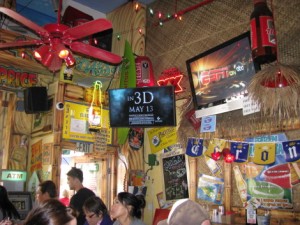 The 46” screens are placed in high traffic bars, showing on a loop approximately every five minutes. The 3D impressions can be viewed without special glasses.

Priest, a post-apocalyptic sci-fi thriller, is the story of a priest who disobeys church law to track down the vampires who kidnapped his niece.

This entry was posted on Friday, May 13th, 2011 at 10:00 @458 and is filed under Scuttlebut. You can follow any responses to this entry through the RSS 2.0 feed. You can leave a response, or trackback from your own site.