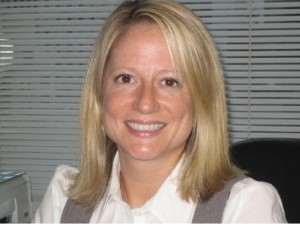 “Suzanne brings a wealth of relevant experience, industry relationships and energy to the role of senior vice-president national sales,” says Mitchell. “Her proven ability to forge advertising partnerships in the world of alternative video brings the type of leadership that will foster continued growth at Screenvision and across all of cinema.”

La Forgia had been executive vice-president of sales at RMG Networks, a leading digital and video place-based media company, but with the recent acquisitions and changes at RMG, there were several people holding duplicate positions, leaving her free to move to Screenvision.

Prior to RMG, La Forgia was president of the Digital Place-based Advertising Association (formerly OVAB) where she was instrumental in generating substantial increases in awareness and understanding of the place-based video advertising medium.

Headquartered in New York, N.Y., Screenvision offers on-screen advertising, in-lobby promotions and integrated marketing programs to national, regional and local advertisers and provides comprehensive cinema advertising representation services for its theatrical exhibitor partners. The Screenvision cinema advertising network is comprised of over 15,000 screens in 2,400+ theatre locations across all 50 states and 93% of DMAs nationwide; delivering through more than 150 theatrical circuits, including 10 of the top 15 exhibitor companies.

This entry was posted on Thursday, June 30th, 2011 at 07:01 @334 and is filed under DailyDOOH Update. You can follow any responses to this entry through the RSS 2.0 feed. You can leave a response, or trackback from your own site.