Nearly 61% of all U.S. adults have viewed advertising on video screens in public venues in the last 30 days, and more than 64% of them have expressed interest in this form of marketing communication, according to the latest data from GfK MRI. 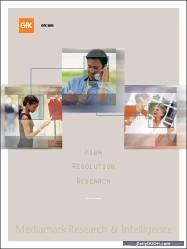 Of the 60.7% of U.S. adults (approximately 138.5 million people) who reported having seen digital place-based advertising, 64.1% expressed an interest in the ads.

Ads on video screens located in grocery stores were the most commonly viewed, with 31.8% of adults reporting having seen this type of ad in the last 30 days. Grocery stores were followed by quick service/casual dining restaurants, warehouse/club stores, shopping malls, pharmacies and coffee shops/cafes or delicatessens, in that order, as the most likely place consumers viewed place-based video ads.

Also mentioned to a lesser degree were ads in medical offices; sports or entertainment arenas; office building lobbies; airports; bars or pubs; gyms and health clubs; casinos’ office building elevators; and taxis. (However, since many of these target specific audiences and/or are in locales less visited in the 30-day time period specified, it seems logical that they would be less mentioned.Ed.)

Consumer interest in place-based video ads appears positive and consistent. For instance, in 13 of the 15 venues cited, between 40% and 55% of consumers expressed interest in the ads.

Completed in April, 2011, the GfK MRI Omnibus Recontact Study is a mail survey of approximately 6,500 consumers who previously participated in GfK MRI’s national Survey of the American Consumer. Initially, data from the Omnibus Recontact Study will be available to GfK MRI agency clients only via the MEMRI system; the DPAA has made the data available on a gratis basis.0

“This new data from the Omnibus Recontact Study provides valuable insight into how consumers are embracing place-based digital advertising,” says Susan Danaher, president, DPAA. “A major focus of ours for the past year has been to create a robust suite of planning tools and metrics to make it easier for agencies and marketers to plan and buy place-based digital media. This data from GfK MRI is a valuable addition to our database.”

Founded in 1979, GfK MRI is a leading provider of magazine audience ratings, multimedia research data and penetrating insights into consumers’ behavior and motivations. GfK MRI is part of The GfK Group, based in Nuremberg, Germany. The Group delivers a range of information and consultancy services in three business sectors: Custom Research, Retail & Technology and Media. It is the No. 4 market research organization worldwide, operates in more than 100 countries and employs over 10,000 staff.

This entry was posted on Wednesday, August 3rd, 2011 at 10:01 @459 and is filed under DailyDOOH Update. You can follow any responses to this entry through the RSS 2.0 feed. You can leave a response, or trackback from your own site.