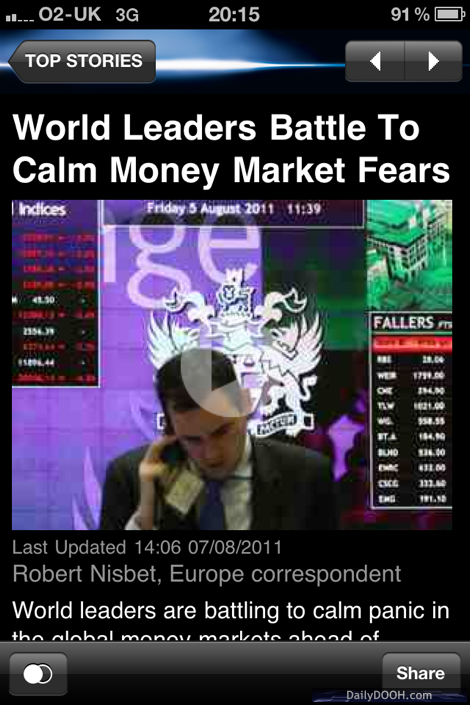 The BBC news did some live broadcasts from the LSE atrium as well late last week and these were shown on the BBC News channel during Friday.

For the next 5 – 7 days at least (and only for UK residents) the BBC iPlayer has some of the Newsnight footage. Two minutes 40 seconds (2:40) in from the beginning here for anyone who is interested.

This entry was posted on Sunday, August 7th, 2011 at 20:27 @894 and is filed under Scuttlebut. You can follow any responses to this entry through the RSS 2.0 feed. You can leave a response, or trackback from your own site.