One of the interesting things about attending a show such as PLASA 11, the trade show of the Professional Lighting And Sound Association (which we attended at Earls Court in London on Monday) is that the exhibitors tend to think ‘lighting’ rather than video when doing their content. 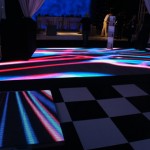 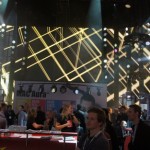 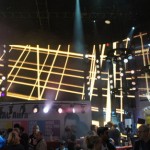 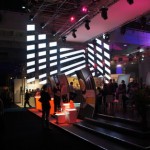 We thought that a lot of the ‘content’ was superb.

This entry was posted on Monday, September 12th, 2011 at 20:53 @912 and is filed under Scuttlebut. You can follow any responses to this entry through the RSS 2.0 feed. Both comments and pings are currently closed.