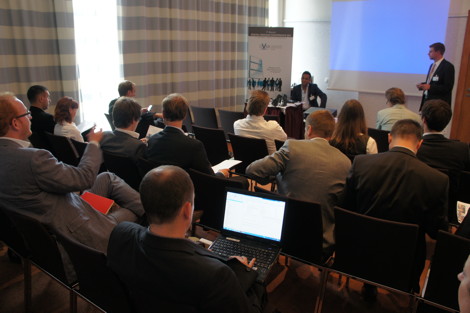 Andreas emphasised that his demo, using a laptop, camera and Intel’s AIM Technology was a proof of concept and likened the work to that of ‘concept cars’ from the automobile manufacturers – years before a production car is produced, ideas are trialed in concept cars – some of that technology may make it into production.

It was an impressive demonstration and we’d suspect that Ayuda (and perhaps Intel) are further along than they’d like anyone to believe. The audience were suitably impressed and a good Q+A session followed.

This entry was posted on Thursday, September 15th, 2011 at 13:36 @609 and is filed under DailyDOOH Update. You can follow any responses to this entry through the RSS 2.0 feed. You can leave a response, or trackback from your own site.