After what we hear was a rigorous competition, JCDecaux has selected Montreal-based BroadSign’s software platform for its new digital signage installations around the world.

Following strong and detailed field tests in 2010, the company has deployed several high-profile networks across Europe and Asia, with plans for new installations in the second half of 2011. 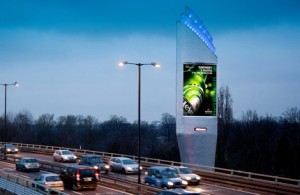 JCDecaux first deployed BroadSign to operate The Torch – one of the world’s most spectacular LED signs located on the highway between London and Heathrow Airport – where it delivers more than 1.8 million impressions every week. BroadSign is also used to manage JCDecaux screens in Oslo metro, Stockholm airport, Changi airport in Singapore and train stations in the U.K..

As might be expected, Brian Dusho, CEO, BroadSign International, and his team are more than a little pleased to be JCDecaux’s technology partner for its global digital expansion. BroadSign was founded in 2004, and since its early days, “We’ve heavily invested in market analysis and in anticipating the DOOH media trends in our service offering,” says Dusho. “The investment is now paying off as sophisticated media companies such as JCDecaux are leading the way in the fast-growing digital signage business.”

Sales have continued to grow and global demand for BroadSign’s product is strong. As Dusho mentioned, the company has started benefitting from years of investing in R&D, and from anticipating and absorbing the emerging trends in digital signage early, before they become standard requirements. BroadSign also offers a rich functionality for advertising-based networks as well as the ability to grow networks.

In recent months several large ad-based networks have joined the ranks of BroadSign’s customers, including, in addition to JCDecaux: Cineplex and GoGo Cast among others.

While providing a comprehensive platform for enterprise-scale and ad-based networks, BroadSign does not exclude small- and medium-size businesses. In fact, their needs are fully covered by the BroadSign Creator software.

Now we’ve learned that that, later this year, BroadSign will be releasing the next generation of its Creator, a web-based tool for quick production and distribution of time-sensitive digital signage content. It also provides network operators with the ability to delegate control of a portion of the loop to the venue owner or other third party. Local managers can produce and display their own messages directly on their screens, without affecting global network schedules.

BroadSign Creator is a response to requests from client networks, mostly in healthcare, that needed to give more flexibility to local divisions to maximize their sales. With Creator, locations can react quickly to changes in inventory levels, product lines, weather conditions, local events or other factors, and inform their customers. They can also boost their sales via promotional, sale or liquidation campaigns, bypassing the traditional campaign execution process via the network operator’s head office. And it can also be used to deploy digital menu boards and other types of content that need to be updated directly by the venue manager without intervention of the network operator.

BroadSign Creator is easy to use and requires no training, and we’re told that the upgraded versions will be even more powerful and even easier to use.

Broadsign shares its expertise to help grow DS as a mature and legitimate medium. Its senior staff are represented on various committees and/or Boards of the Digital Place=based Advertising Association, the Digital Signage Federation, the Digital Signage Association, and OVAB Europe. Dusho was recently appointed chairman of the newly established International Committee of DPAA, whose goal is to develop international cooperation to further strengthen the digital signage industry, drive standardization of the new medium and recruit new association members from around the world. He presented an update on DPAA’s progress at the OVAB Europe’s Digital Signage Conference in Munich last week.

This entry was posted on Thursday, September 22nd, 2011 at 21:20 @930 and is filed under DailyDOOH Update. You can follow any responses to this entry through the RSS 2.0 feed. You can leave a response, or trackback from your own site.