Lots of industry M&A, a whole handful of exclusives, a controversial CoolSign post and a lot of interest in our lead up to #DSinvestor in mid October saw this week be one of our busiest ever visitor-wise with yesterday (Tuesday 27th September) becoming our absolute busiest traffic day ever with no less than 4,228 people reading what we had to say. 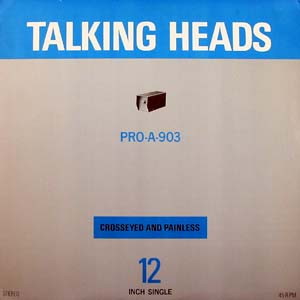 Let’s for a second put that number in context. First off we need to be honest and say it’s a lot more than we usually get – it’s about 50% higher than the norm as we usually average just over 3,000 visitors a day.

Both our highest and average days compares nicely with the smaller industry shows; the largest of which is probably Screemmediaexpo which had 3,191 visitors (always interesting that 30% of those were from outside the UK) at Earls Court in 2011.

Mind you, even our Twitter following is incredibly healthy (and compares nicely with the shows) with 3,012 followers.

Dan Rabinowitz, Chief Financial Officer,  Haivision Network Video in an email to us yesterday threatening legal action, we quote “We ask that you retract your statements immediately, otherwise we will use all means available to mitigate the damages you may have caused to our brand and reputation, blah blah blah” described us as ‘the self-proclaimed advocate for this industry‘

If we are ‘advocates’ for the sector then it’s only because we are allowed to critique it. There are far too many consultants and other press-types (with the exception of Mr Haynes I wouldn’t deign to call many of them ‘journalists’) blowing hot-air up where-the-sun-don’t-shine of any company or individual with a press release or new product.

Our business allows us to meet a lot of great people, have a lot of fun and get to travel the world. We want the industry to succeed and prosper for sure but bottom line we want it to be honest (in fact we demand that it is honest).

As other industry folks have pointed out we won’t drink the Kool-Aid unless we believe in what is being said or offered and unfortunately we don’t ‘suffer fools gladly’ either. Whilst the industry is full of a lot of cool, hard-working people and literally loads and loads of great companies there are also a helluva lot of charlatans and ‘pump and dump’ merchants as well.

As we head into a busy October we cannot promise to heed the advice given to us mid-week by Mirko Wicha  President and CEO  Haivision Network Video who told us “feel free to continue your bad reporting”.

The NUJ Code of Conduct stresses that a Journalist ‘Strives to ensure that information disseminated is honestly conveyed, accurate and fair‘ and just as importantly ‘Differentiates between fact and opinion‘ and as fully paid up members of the National Union of Journalists that is something we hold close to our hearts.

To those of you who don’t want to punch us in the face we look forward to meeting you in New York City in October (we will be there the whole of week beginning Sunday 15th October). To those of you who cannot make any of the events in the Big Apple then we hope that we can count on you to continue reading what we have to offer.

This entry was posted on Wednesday, September 28th, 2011 at 12:15 @552 and is filed under DailyDOOH Update. You can follow any responses to this entry through the RSS 2.0 feed. You can leave a response, or trackback from your own site.

5 Responses to “Crosseyed And Painless”