SuperCustomShirts.com, a San Diego based custom printing and embroidery business, has launched an innovative concept combining popular QR Codes with an easy to use online design tool that lets users create custom designed t-shirts and other items that incorporate the QR Code for a company’s or individual’s website. 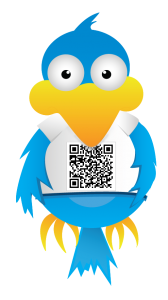 Look even Reggie has one!

QR Codes have recently gained traction as smart phones have given more people the ability to scan and interact with technology. The most popular use of QR Codes is to configure them to point at a website. A QR Code generator will instantly create your custom QR Code.

You simply drag and drop that QR Code to the desktop on your computer and then you use the t-shirt design tool at SuperCustomShirts.com to add that image to T-Shirts, hats, stickers, banners or other items.

While people can do this themselves, most companies want large orders for their staffs, for give-aways at trade shows and other various events.

“We have deals with all the major manufacturers, such as Hanes,” says Ronald Hall, part of the father-son team that launched SuperCustomShirts.com . Ronald has been in the custom printing and embroidery business for nearly 40 years, while his son David has extensive experience in Search Engine Optimization and Online Marketing.

“We don’t just do T-shirts,” says Ronald. “For example, we recently did banners for a major tennis company to use at the Indian Wells tennis tournament.”

While he says that other firms may offer something similar – We haven’t heard of any. Ed, we were intrigued in that his company stresses that well planned strategy is needed in regards to the QR code’s use. The company’s website has a detailed list of suggestions on how companies might use it. These include:

This entry was posted on Thursday, October 6th, 2011 at 10:55 @497 and is filed under DailyDOOH Update. You can follow any responses to this entry through the RSS 2.0 feed. You can leave a response, or trackback from your own site.