Judy Kenny, well-known senior television executive, has joined Zoom Media and Marketing as president, sales & marketing, with responsibility for leading all of Zoom’s US and UK sales, marketing and research initiatives. 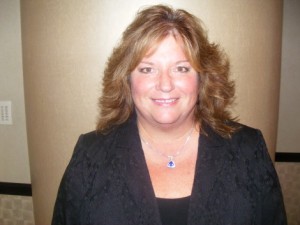 Based out of Zoom’s New York office, Kenny will work closely with top advertisers and industry organizations to drive the adoption of video neutral strategies that are fueling the growth of digital place-based media and Zoom’s broader adoption by TV advertisers.

Denis Roche, former president of Zoom in both the U.S. and U.K., resigned last night.

“It was an amicable arrangement,” says François de Gaspé Beaubien, Zoom chairman and chief coaching officer. “Denis and I had worked together for nine years, and he didn’t want to report to anyone else.”

Tom Lapcevic, president of Zoom’s ClubCom division, operating the company’s entire digital back end as well as all local sales, will now be assuming responsibility for all venue development and reporting directly to the CEO.

Kenny will be based in New York, but will be traveling to London during the second week of November to meet Zoom’s employees and media planners in the U.K.

Most recently, Kenny was responsible for the sales, marketing and research strategies for Newscorp’s 20th Television. Prior to that, she helped restructure the fledgling MyNetwork TV Network, also under Newscorp.

Kenny spent the previous 10 years helping to build the Univision Inc. assets, where as head of Univision sales, she and her team grew revenues from $100 million to $1 billion over that 10 year period.

Before that she worked at the ABC Television Network for almost nine years in several dayparts including PrimeTime sales. Kenny began her career in media at BBDO where she rose to vice-president, assistant managing director.

“Judy’s experience and knowledge of the television industry is a huge resource to Zoom as we continue to expand our video capabilities,” says de Gaspé Beaubien. “Clients and agencies are seeking to extend the efficiency of their video assets, and Judy is the proven leader to help us serve those solutions to our agency and client partners.”

“More and more advertisers and agencies are using digital place-based media to optimize the reach and efficiency of their video ad campaigns, and a leader who has built organizations that serve those client needs is exactly who we need today. I know that her expertise and contribution will be felt quickly and dramatically both within Zoom and our overall industry.”

Kenny says, “Zoom’s diverse offerings can uniquely deliver a more affluent and captive audience. When combined with Zoom’s other integrated media assets we can offer tremendous solutions for advertisers who are looking for a better ROI. We will continue to provide a valuable complement/alternative to advertisers’ marketing initiatives with a focus on making it easy to do business with us.”

“Lapcevic has been a tremendous resource and leader as we have expanded our digital footprint globally,” shared de Gaspé Beaubien. “His increased responsibility is a testimony to his expertise and ability to deliver on how best to serve our venue partners.”

Zoom is owned by the de Gaspé Beaubien family and ABS Capital Partners.

This entry was posted on Wednesday, October 19th, 2011 at 10:00 @458 and is filed under DailyDOOH Update. You can follow any responses to this entry through the RSS 2.0 feed. You can leave a response, or trackback from your own site.